Selecting the appropriate gate is an important part of mold design. The idea behind the gate’s operation is straightforward, however picking the incorrect kind of gating might result in a number of issues with processing. We’ll talk about a variety of gate designs and their applications in this article.

There are a few crucial considerations to take into account while deciding on the gate type or position for a molded item. The first is the shape of the mold and the best place for a gate. Options for gating may be restricted depending on part orientation in the mold, display surface placement, and action locations. Material choice, component volume/size, and manufacturing functionality are further design factors.

Some polymers are more susceptible to excessive heat. Shear heating is the term for this. Shear heating occurs whenever plastic is pressed through a confined space. A tiny gate trying to fill a big plastic section can cause too much shear heating and perhaps ruin the plastic. Keeping this in mind, gate designs with maximum size restrictions, such as submarine gates, may make them unsuitable for use with bigger components. In addition, the gate can stop working before the portion is finished.

An essential step in the INJECTION MOLDING process is gate freeze. In general, gates must be big enough to effectively fill up the space yet tiny enough to “close” the cavity (gate freeze). When the compartment is totally filled out and prepared to begin cooling, gate freeze should happen. The gate should cool down more rapidly than the molded component or the feed system since it is smaller. Gate freezing enables the INJECTION MOLDING machine to enter the cooling/charging stage of the molding process and separate the component from the feed system.

Another factor to take into account is the role the mold plays in the manufacturing environment. The distinction between the various types of gates is whether they automatically separate from the molded section or need cutting. It becomes less practical for an operator to trim gates manually in greater volume applications. In this situation, either taking into account robotic gate cutting (also known as “Nipping”) or altering gate designs should be considered. Cold runner systems’ scrap prices can allow a hot runner, where no scrap is produced.

The following list of the most typical INJECTION MOLDING gates types:

Edge gates are often utilized in the INJECTION MOLDING process due to their efficiency and simplicity. When creating a mold, they are simple to make and, if necessary, may be adjusted. They are also perfect for filling bigger spaces or areas where it was impossible to avoid using thicker wall panels. Compared to conventional gates, an edge gate may have a higher cross-sectional area. Due to the prolonged gate freeze, this enables more plastic flow and longer holds lengths.

We grouped edge gates with fan gates and tab gates for simplicity’s sake. The edge gate in the picture below has a runner that is circular in form that tapers into a rectangular shape. The form would still be rectangular in the case of the fan gate, but it would be broader than the runner’s width. Widening the entrance into a fan may improve plastic flow, increase dimensional stability, and perhaps even prevent certain aesthetic problems.

Edge gates and tab gates are similar, but for a short distance going into the molded section, the thickness is mostly constant. To lessen shear stress, these gates are often employed on flat or thin sections. The shear stress is more likely to be confined at the gate since the thin wall segment’s initial region of high shear was formed there. After molding, the high shear region is then removed.

Tunnel gates are fabricated below the separating line so that they may be mechanically trimmed when the component is evacuated. This kind of gate is often used in INJECTION MOLDING for tiny components, high cavitation molds, or situations where gates must be automatically cut.

The greatest cross-sectional area is an edge gate’s restriction. Due to the automated shearing, having a tunnel gate that is too big might result in cracking or other visual problems. Due to the size restriction, trying to fill a big component via a tiny gate may also result in fill issues and excessive shear heating.

The cashew gate is machined below the separating line and is mechanically sheared upon ejection, much like a tunnel gate. Using this kind of gate, the injection spot may be reached underneath or below a display surface. The size restrictions on cashew gates are often the same as those on tunnel gates.

The difficulty with cashew gates is that the plastic must draw out in an arc in order to remove the gate during ejection. As a result, there’s a potential that the gate may separate. Usually, removable gate inserts are included so that a user may easily remove the damaged plastic without requiring significant assistance.

When a component has a big open diameter in the centre and equal plastic flow is needed, diaphragm gates are employed. Even plastic flow ensures that the item shrinks as uniformly as feasible during cooling. A lot of plastic may also flow into the hollow via the diaphragm gate.

A component with a diaphragm gate that we molded at Basilius is shown in the figure below. This kind of gate is often utilized on cylindrical pieces with open ends. The diaphragm gate was the ideal choice in this instance due to the constraints of the design and the need for an even fill. The gate was sheared off in a subsequent operation, and it is shown in the photograph as the red region.

Similar to a typical gate, the thermal gate works by injecting material into a hollow and maintaining material pressure until sufficient cooling has taken place. The benefit in this case is that the runner system going up to the gate is absent. Material is conserved, and process control is achieved with a minor improvement. Due to the fact that the gate region is separated from the hot runner tip during mold opening, this gate design may leave gate remnant.

While adding an additional layer of control, the valve gated hot runner system offers the same benefits as the hot runner thermal gate. Inside the hot runner tip assembly in this style is a moveable pin. Molten plastic may pour into the cavity when positioned back (left side of the figure below). Plastic flow is stopped while moving forward (right side of the illustration below). This offers greater gate sizes, improved runner feed system management, and less gate vestige.

A crucial step in the design process for INJECTION MOLDING is gate design. When choosing the best gate design for the task, it’s crucial to take into account elements like part/mold design, material choice, and production aims. Over the years, MPI has constructed hundreds of molds, each of which used one of these designs or even slight variants of them. We hope that this gives you a basic grasp of gating and your alternatives. 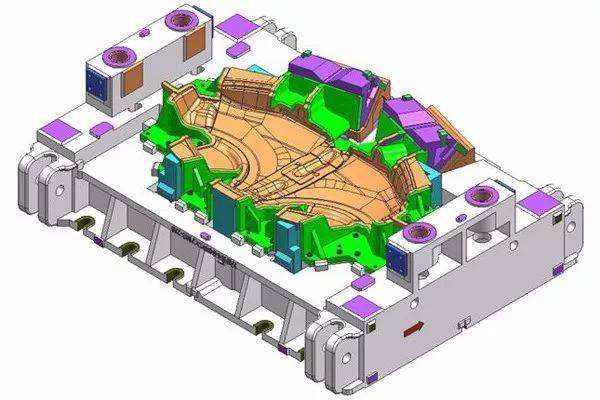 The three key factors affecting mold cost have nothing to do with materials!